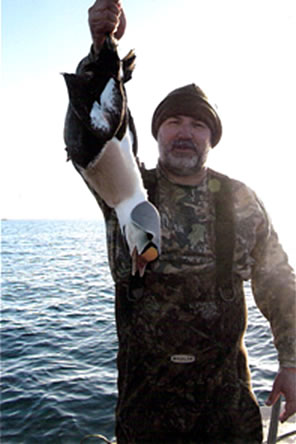 John Huye, “Jay” to most, started in taxidermy at the age of 14. As an avid young hunter, Jay was fascinated with preserving the trophies he collected. His bedroom walls were covered in skins that he tanned , along with various feathers and bird wings. Jay had an early interest in art , which was fostered by his mother and the art classes in which she enrolled him. His passion for the outdoors made learning the art of taxidermy a natural progression. In an effort to learn more, Jay immersed himself in the taxidermy literature, reference photography, and observing and studying live animals. This gave him an introduction into the world of taxidermy, mounting birds and small game. Years later looking to advance his knowledge, he studied under master taxidermist and good friend David Luke, which coupled new found skills and artistry with inspiration.      Today, Jay hand mounts each specimen using the best method of preservation , both old and new, along with the highest quality components in the industry. His composition and habitat arrangements are uniquely designed for a one-of-a-kind mount inspired by the natural flora and elements indigenous to the various species he works with. Jay specializes in birds and works with species from around the world, such as various regions of North America, South America, New Zealand, Africa, Europe, Asia and arctic areas. He has also been commissioned to do specialty bird work for local and regional museums and zoos.      Jay continues to hunt and fish and currently resides in Picayune, Ms. Contact Jay for all your taxidermy needs at 601-749-3796.